Half of motorists don’t envisage moving to electric or hybrid vehicles within the next 10-15 years, according to a study from Venson Automotive Solutions, highlighting limited knowledge of the technology among end-users. 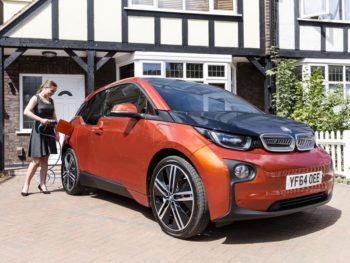 Half of drivers aren’t expecting to switch to EVs in the near future, according to Venson.

The company’s survey of 200 drivers showed only 15% were looking to opt for an electric or hybrid vehicle when they next chose a company or private vehicle, while only 38% said they were considering it at all. Half said they don’t see themselves doing so for at least 10-15 years, while 19% said they would only move to new technology when it was the last option left.

It paints a worrying picture about end-user understanding of the technology. Progressive electrification is taking place already, with several manufacturers confirming last year that they would offer at least ‘mild hybrid’ technology – light electric assistance and energy recuperation – across their model ranges in the near future. Those 19% may have no other option sooner than they realise, some might already be looking at or driving hybridised models already.

But the survey showed company car drivers are getting the message about the benefits of alternative drivetrains. Alison Bell, a director for Venson Automotive Solutions said: “Only one in 10 company car drivers said they lacked clarity in terms of EV as a company car option, suggesting that a clear communication strategy in terms of the benefits of an EV for an employee, is making headway in promoting knowledgeable ownership.”

Venson Automotive Solutions will be exhibiting at the Great British Fleet Event, which takes place at the Novotel West London on the 24th January 2019.