The number of vehicles vandalised in England and Wales has gone up by 10% in the last three years, police data has revealed. 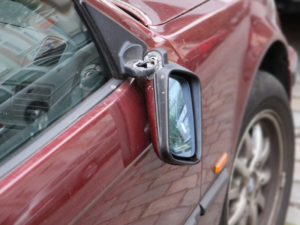 A Freedom of Information request by RAC Insurance found a total of 210,418 vehicles were reported to have suffered criminal damage in 2016 – up by 19,238 on the figure of 191,180 in 2013. However, the actual figure is believed to be far higher due to motorists not reporting the damage or claiming on their insurance for fear of causing their next insurance premium to go up.

London had the highest number of vehicle vandalism offences with a total of 26,064 in 2016 but the Greater Manchester Police area saw the biggest rise with 37% more offences reported in 2016, equating to 14,588 incidents – the highest total outside of London.

Hertfordshire Constabulary and West Yorkshire Police both had the second greatest increase at 25% each, reaching 4,714 and 12,542 in 2016 respectively.

In response, RAC Insurance director Mark Godfrey advised motorists to try to park in well used areas during the day and in well-lit streets away from pubs and clubs at night, if possible using car parks with the ‘Park Mark’ Safer Parking symbol. He also urged motorists affected by vehicle vandalism to take photos and report the crime to the police.