Electric vehicle drivers could save up to £300 a year using vehicle-to-grid technology while also reducing overall carbon emissions but more support is needed to reach its potential. 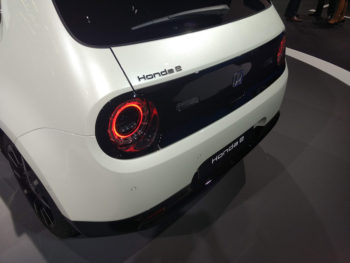 The research saw power taken either from the grid or generated from solar panels and either stored overnight in an electric vehicle, or with the excess exported to the National Grid

That’s according to a new report released on the technology by Good Energy, Honda Motor Europe, The University of Salford and Upside Energy and based on research in a complete two-storey Victorian terraced house set within an environmental chamber and tested under a variety of real-world weather conditions.

Facing temperatures of between -10C to 30C – as well as rain, snow or sunshine – the HAVEN (Home as a Virtual Energy Network) facility saw power taken either from the grid or generated from solar panels and either stored overnight in an electric vehicle, or with the excess exported to the National Grid. The EV was also used to balance how the other systems worked, allowing the house to sometimes reduce the amount of energy it imports from the grid.

The researchers found that the average home could stand to save up to £300 a year while reducing its reliance on fossil fuels by shifting when power is saved or used. But such work is currently being hampered by V2G obstacles, including high outlay costs, with policy incentives required to help bring prices down and enable more households to participate.

Researchers also said the need for scale is also key to making V2G work – batteries in electric vehicles could help absorb excess power and reduce stress on the network. But this is only efficient in the UK’s current grid system when a significant number of EVs are connected with a localised area. Enabling larger scale localised connections, such as in car parks with several connected cars, could be an initial route to efficiently sharing power with the National Grid in times of need.

Juliet Davenport, CEO and founder, Good Energy, said: “We must take a distributive ‘whole systems’ approach to tackling the climate emergency. That is why vehicle to grid is so exciting — it is the missing link between electrification of transport and decarbonisation of our grid and our homes. V2G is where solar power was 10 years ago – the technology exists but it requires innovation, investment and joined-up thinking. With the right policy support it could become another clean technology British success story.”