Vehicle tax evasion is still at a higher level following the abolition of the tax disc – equating to revenue loss of £94m in one year – despite a fall in evasion rates in the last two years. 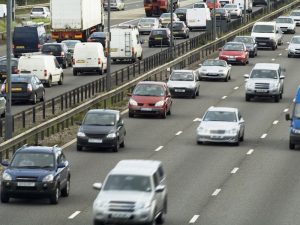 Latest figures from the Department for Transport show that the estimated proportion of unlicensed vehicles in traffic in the UK was 1.6% for 2019. This marks a fall compared to the 1.8% recorded in 2017 but is up on the 1.5% recorded for 2015 and the figure of around 0.6% in 2013; prior to the abolition of the tax disc in October 2014.

Overall, some 634,000 untaxed vehicles were on the roads in June 2019, when the research was carried out for this year via a roadside survey at 256 sites.

This equates to £94m of potential revenue loss over one year, although the report noted that some of this will have been recovered through DVLA enforcement activity or by vehicle keepers paying arrears of duty at a later date.

The research also indicates that lack of awareness of the non-transferability of road tax when vehicles change hands; under the vehicle licence system introduced in October 2014, any existing vehicle tax now automatically ends when a vehicle changes hands. The report said that there is therefore potential for evasion rates to increase if the new keeper fails to understand or comply with the new arrangements.

Backing this up, analysis of the unlicensed vehicles identified in the 2019 survey found that 54% had been unlicensed for two months or less while 36% had changed hands since the beginning of October 2018, which is higher than the proportion of licensed vehicles (22%).

However, the report added that the DVLA has been issuing reminders to all new keepers who have not taxed their vehicle.

The research also indicated a higher proportion of older vehicles among the unlicensed vehicles; 43% of the untaxed vehicles were 10 or more years old while just 9% were less than two years old.

The highest evasion rates were also seen in the private and light goods vehicle tax class, which accounts for 89% of all licensed UK vehicles and saw 1.7% of vehicles untaxed in the 2019 research compared to 0.8% of HGVs and 0.5% of buses.

Commenting on the figures and the increase in vehicle tax evasion since the abolition of the tax disc, RAC spokesman Simon Williams said: “It’s hard to see that doing away with the tax disc has been good for ensuring as many vehicles as possible are taxed for use on our roads.

“This all means the Government is consistently missing out on very large amounts of tax revenue which from next year will be ringfenced for maintaining major roads in England.”