The Government is being urged again to rethink the 1 April changes to Vehicle Excise Duty, which are likely to bring higher rental prices for fleet operators. 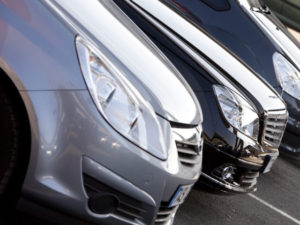 The car rental industry could be hit with a tax rise of more than £30 million if the government goes ahead with its plans to change the Vehicle Excise Duty regime in April.

Regal Rentals, an independent licensee for AVIS Budget, says there is still time for Ministers to revise the changes, as it highlights their impact on the car rental industry.

A new report from Oxford Economics, commissioned by the BVRLA, has found that the average duty paid for rental cars, which have a typical fleet life of nine months, will rise from £36 in 2016 to £170 from April 2017. In addition, if ownership of a car is transferred within the first year, a refund will only be paid on the standard rate rather than the first year rate. As a result, the rental sector’s overall first-year VED bill will rise 400%, from £11m in 2016 to £55m in 2017, with the lack of refund responsible for £14m of this.

Jamie Frost, managing director of Regal Rentals, which has branches across the North of England and Scotland, said: “UK car rental companies such as ourselves typically keep vehicles for an average of six months. These changes will result in a deficit in the tax we can claim back.

“As well as damaging our ability to buy the newest, cleanest vehicles, these tax increases are likely to result in higher rentals prices for our customers and put further pressure on UK inflation.”

Regal Rentals, whose head office is in Mollington, Chester has won the backing of local MP Christian Matheson, who has written to Chancellor Philip Hammond appealing to him to reconsider.

In his letter, Mr Matheson said: “My constituent is deeply concerned about the potential impact the changes will have on his business. He would like you to reconsider these changes as a matter of urgency and ensure that any individual or business selling a vehicle in the first year is able to recover the full remaining tax paid.”