Vauxhall to show OnStar at Geneva prior to European rollout 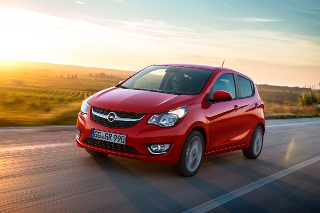 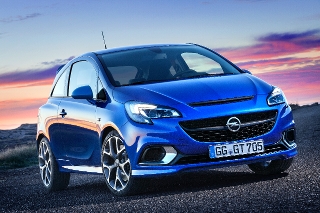 Meanwhile the show will also see the world premieres of the KARL and Corsa OPC models.

Last year saw Opel announce its intentions to bring the Onstar connectivity system, already offered on GM cars in the USA, Canada, China and Mexico, to Europe from this second half of this year.

The technology has been developed to provide a comprehensive carefree package with Wi-Fi hotspot and numerous mobile and emergency services.

OnStar can offer assistance, 24 hours a day, 365 days a year. An advisor will always be available, and if the airbag deploys, Vauxhall OnStar will be activated automatically.

Information on and access to the car is guaranteed. Vehicle data such as tyre pressure or oil life can be accessed via the OnStar smartphone app. Locking/unlocking can also be controlled via the app, and if the car is stolen OnStar will work closely with the police to locate the stolen vehicle. The Vehicle Diagnostics functionality is also very convenient: OnStar will send a monthly report with the most important vehicle data and information. Furthermore, a diagnostics check can be requested at any time at the push of a button.

The system will also turn Vauxhall’s cars into mobile Wi-Fi hotspots. Up to seven mobile devices can be connected simultaneously allowing passengers to play games, stay in touch with family and friends via social media, stream movies or watch TV. The driver can also work while away from the office when stationary.

Also at Geneva and arriving in the UK in the summer will be the Vauxhall VIVA, which will be the latest addition to Vauxhall’s small car range joining the ADAM and the new Corsa.

After first appearing in the ADAM ROCKS AIR and subsequently the New Corsa, VIVA is the latest Vauxhall to feature its new 74bhp 1.0-litre three-cylinder ECOTEC engine.

Vauxhall will take the wraps off the new Corsa VXR at Geneva, which brings headline performance figures of 0-60mph in 6.5 seconds and a top speed of 143mph – quicker than the outgoing car but also with 245Nm of torque from lower revs.

An overboost facility provides an additional 35Nm of torque, ideal for swift and safe overtaking. Maximum power from its 1.6-litre turbocharged engine is 203bhp, while the Corsa VXR achieves 37.7mpg on the combined cycle with C02 emissions of 174g/km.