Vauxhall has unveiled the petrol and diesel variants of its new Corsa, just weeks after the electric model was revealed. 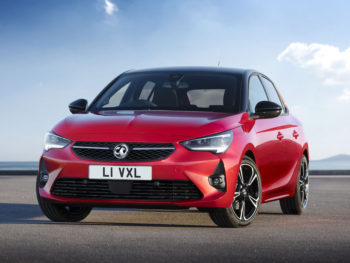 While attention has been focused till now on the e-Corsa, which is available to reserve now and brings a 205-mile range, the petrol and diesel variants further bolster the line-up, bringing significantly reduced emissions and fuel consumption to before despite retaining similar power outputs.

Built on PSA’s CMP platform that also underpins the Peugeot e-208 and 208, the

all-new Corsa weighs just 980kg, 10% lighter than outgoing model, despite being slightly larger, helped by high-strength and ultra-high-strength steels. Vauxhall says the five-door model will be standard while the latest Corsa will also bring improved handling.

Petrol engine line-up covers an entry-level 75hp 1.2-litre unit married up with a five-speed manual gearbox, plus a three-cylinder, direct-injection turbocharged 100hp 1.2-litre with either a six-speed manual or eight-speed auto. The two petrol engines are joined by a 100hp 1.5-litre diesel with maximum torque of 250Nm.

The all-new Corsa will be the first car in its class to feature Vauxhall’s IntelliLux LED Matrix adaptive, glare-free full-LED headlights, previously seen on Astra and Insignia.