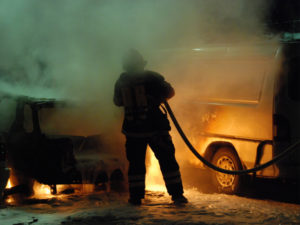 Speaking to the Transport Select Committee in response to reports of fires in its Zafira and Corsa fires, the carmaker said that by accessing information from insurers, manufacturers may be able to identify potential issues earlier than at present.

Representatives of Vauxhall along with the Driver and Vehicle Standards Agency (DVSA) were questioned by the committee in a second evidence session after the fires in the Corsa and Zafira B led to safety recalls.

Vauxhall said that estimates for the number of vehicle fires vary widely, ranging from 18,000 to 100,000 per year, and added that by collecting data from insurers it will be possible to gain a much more accurate picture of the number of fire cases and how they relate to specific models. It added that the Association of British Insurers (ABI) is also believed to support the proposal.

In a statement, the carmaker commented: “Whilst the data will not reveal the causes of fire, it can nevertheless play an invaluable role in alerting manufacturers to potential issues much earlier than is possible at present.

“As Vauxhall’s experience with Zafira B shows, manufacturers have limited visibility of fires in their vehicles. Many Zafira B fire cases, for example, were reported to Vauxhall several years after they took place and only as a result of publicity in October 2015.”

Vauxhall also said it has had issues with getting drivers to comply with recalls, adding that although 166,000 UK-registered Zafira Bs have now had their second and final fix, 55,000 have not had the work done, despite owners receiving up to seven letters.

It also called for the industry and government to work more effectively together to close the gap, for example by incorporating a check on outstanding safety recalls into the MoT process.