Vauxhall is discontinuing the Insignia Sports Tourer in the UK, claiming its traditional fleet-weighted customer base is increasingly downsizing to the Astra estate, Grandland X SUV or the Insignia hatchback. 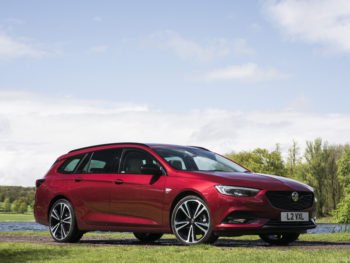 Vauxhall is discontinuing the Insignia Sports Tourer in the UK

Discontinuing the Sports Tourer forms part of ongoing range simplification at Vauxhall, as it pursues “high-volume, profitable” models. In 2018, the company confirmed that production of the Adam and Viva city cars, both of which are on GM platforms, will end this year, following the Zafira Tourer and Cascada cabriolet.

A company spokesperson told Fleet World that fleets had been migrating towards the Astra as the two cars offer similar load volumes, both with the seats up or down. The Astra’s business case versus the Insignia will be furthered in fleet this year once the updated version arrives this autumn, including new RDE2 compliant three-cylinder diesel engines.

SUVs now account for more than a third of the European new car market, according to JATO Dynamics data, and Vauxhall’s new SUV range is aimed at bringing its sales in line with that trend. James Taylor, general sales director at the company, said the company expects around 35-40% of its sales to come from the Crossland X, Mokka X and Grandland X once they are established in the market. A 36g/km plug-in hybrid Grandland X is also now available to order.

The Insignia Grand Sport hatchback will still be offered in the UK, while the Sports Tourer will continue to be available as an Opel in other markets.

Previous: Volkswagen slashes price on e-Golf
Next: Trak Global Group to expand activities on back of new investment