Used market up for first time in 18 months

The used car market has turned a corner, seeing a positive average movement for the first time in 18 months, according to Cap HPI. 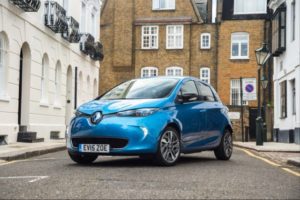 The Renault Zoe has seen values rise this month

The 0.4% increase at three-years, 60,000 miles in September, identified in Cap’s Live valuations, follows a series of heavy price drops experienced over recent months, and comes as the firm reports increased demand in the wholesale market and a drop in vehicle volumes due to lower defleets, in line with seasonal trends following August.

Derren Martin, head of UK valuations at Cap HPI, said: “September saw used values, at least for the moment, return to a more stable footing. However, with Brexit looming and a seasonal slowdown, the coming months will likely see the current increases fade away. Any falls, however, are unlikely to be by as much as we witnessed in the April-July period this year.”

All of the mainstream sectors experienced average increases in values, in particular the smaller city cars and superminis which recorded increases of 1.5% and 1.4% respectively, equating to an average of £65-100.

Small, petrol-engine cars continued to see the highest demand, with buyers prepared to pay above previous prices for these models, while SUVs plateaued and the sports, supercars and luxury executive models all saw average values drop.

Average values of both petrol and diesel cars increased during the month, with petrol ones slightly having the edge. However, September saw a mixed performance in the electric sector, with Nissan Leaf values moving back due to plentiful supplies while values for the Renault Zoe with the fully owned battery continued on an upward trend. While most models stayed level throughout the month, values for some of the older models increased, including the Citroen C-Zero (11-19) and Chevrolet Volt (12-19).