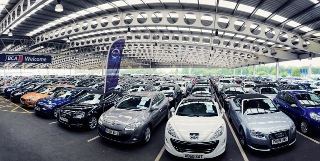 Published today (10 September) by BCA in association with the Centre for Automotive Management, University of Buckingham, the report shows that the collective value of the UK new and used car markets leapt to £88.5bn in 2014 up from £79.4bn in 2013, with used vehicles accounting for 51% of the total market value.

A total of 7.2 million used cars were sold last year as the market maintained a strong performance in the post recessionary period. Alongside the 2.5 million new car sales figures reported by the SMMT this resulted in a ratio of 2.9 used cars sold to every one new car.

The report also shows how the mix of used cars is starting to change. Average age rose to 7.8 years in 2014, meaning the average car is now one year older than it was a decade earlier. The report suggests continuing strong new car sales will result in average age declining and predicts a small fall by the end of 2016.

Hatchbacks remained the most popular model amongst used car buyers – increasing 7% year on year to a total used car market share of 51%. Diesels accounted for 36% of those bought by respondents, which represented a fall of one percentage point compared to the previous year.

Unsurprisingly, price (41%) remains the single biggest influence when choosing a particular used car, followed by mileage (32%) and the make/model of the vehicle (31%).   However, the importance of make/model rises the more is spent on the car, with 58% of motorists who spent £10,000 or more saying it was important, rising to 65% for those who spent in excess of £20,000. In contrast, just 15% of buyers spending less than a £1,000 were concerned about the make/model of the car they brought.

“Used car market values rose to record levels, as did the combined value of new and used cars sold. A record-breaking £88.5bn was spent on used and new cars last year. The combined market churn of 9.7 million cars was one of the highest figures on record – only 2003 recorded a higher volume in recent years.”

Lock added: “The shape of the used car market is likely to change as the new cars sold in the last three or more years start to feed into the sector in greater volumes.”