A double-digit rise in sales volumes saw month-on-month average used car selling prices fall in January although values were up compared to 2016. 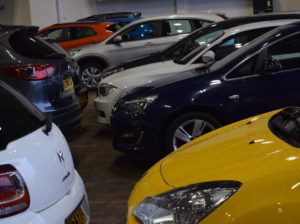 Average selling price for cars at Manheim’s January auctions were down 2.7% on December but up 2.1% from January 2015.

Latest data from Manheim records an average selling price for cars at its auctions of £5,713 last month, down 2.7% on December but marking a 2.1% rise from January 2015.

Average mileage for cars sold at Manheim was 5.9% below January 2016 – recorded at 62,247 – as younger, lower mileage stock continues to enter its auctions.

Ex-fleet cars recorded an average selling price of £8,990, 7.5% below the same month last year but with an increase in sold volumes of 6.2%.

Volume brands performed well in the January wholesale market, with prices up 6.3% from the first month of 2016. SUV prices were also up year-on-year, by 2.4%, and perhaps as a result of a relatively mild December, the average selling price rose by 38% month-on-month.

Daren Wiseman, head of valuations at parent firm Cox Automotive UK, said: “We saw strong buyer activity right up until the end of last year, which seems to have continued into 2017. Despite significant increases in volume, buyers have been out in force to support the strong activity in the retail market.”