Almost half of Britain’s used car buyers would go green and choose an electric or hybrid model if they had the option. 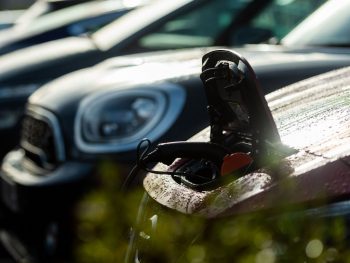 Nearly half (49%) of buyers would get an electric, hybrid or plug-in hybrid if they could

New analysis by CarFinance 247 has found that 49% of buyers would get an electric, hybrid or plug-in hybrid if they could, compared to 32% wanting petrol models and 19% opting for diesel.

However, good intentions are being hampered by pricing; which remains the top consideration for customers, followed by running costs and style, according to the survey of 2,000 used car buyers by the online finance broker for used vehicles. The most common second-hand car bought in Britain today is a metallic black petrol Ford. The car most customers say they want, however, is a metallic black hybrid Audi.

CarFinance 247 CEOs, Reg and Louis Rix, commented: “Drivers definite want to be more green because they care about the planet. Electric and hybrid cars will undoubtedly be a huge area of growth in future, but price is still the main consideration for most customers, so eco-friendly cars need to become cheaper and more plentiful before they really take off in the second-hand market.”