US regulator clears Tesla’s Autopilot of defects after crash investigation 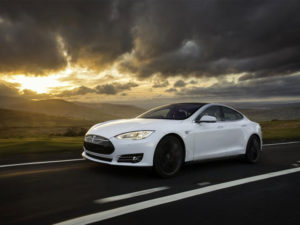 The driver of a Tesla Model S was hit by an articulated lorry while using Tesla’s Autopilot autonomous driving feature.

The accident occurred in Florida in May when the driver of a Tesla Model S was hit by an articulated lorry while using Tesla’s Autopilot autonomous driving feature. The ADAS technology – which is in a public beta phase and is not a fully autonomous system– is designed to maintain a vehicle’s position in lane and adjust the vehicle’s speed to match surrounding traffic.

At the time of the crash, the Model S was driving on a divided highway when the articulated lorry drove across the highway perpendicular to the Model S. In a statement the carmaker said that neither Autopilot nor the driver noticed the white side of the tractor trailer against a brightly lit sky, so the brake was not applied. As a result the Model S passed under the trailer.

Closing its investigation into the crash, the NHTSA said its examination did not identify any defects in design or performance of the AEB or Autopilot systems of the subject vehicles nor any incidents in which the systems did not perform as designed.

It also noted in its report that the Tesla owner’s manual contains a number of warnings that the driver should drive attentively and be prepared to take immediate action and observed that the Florida fatal crash “appears to have involved a period of extended distraction (at least seven seconds)”.

In conclusion, the agency said ADAS techology, such as Tesla’s Autopilot, “require the continual and full attention of the driver to monitor the traffic environment and be prepared to take action to avoid crashes” but noted: “The closing of this investigation does not constitute a finding by NHTSA that no safety-related defect exists.”

In response, Tesla said: “At Tesla, the safety of our customers comes first, and we appreciate the thoroughness of NHTSA’s report  and its conclusion.”