The Government, police, the HSE, vehicle manufacturers, drivers and fleets must unite to push through important changes to cut the number of work-related traffic incidents. 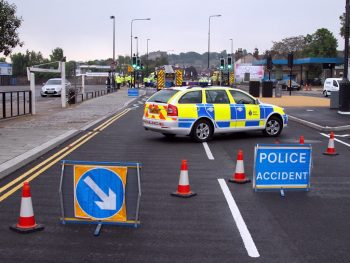 That’s according to IAM RoadSmart, which highlights that there has been virtually no change in the number of fatal and serious injury road crashes on UK roads in the last decade while the number of serious and fatal crashes involving an at-work driver has risen; from 5,442 in 2009 to 5,506 in 2018.

And, as revealed in the charity’s latest white paper, ‘The Role of Business Drivers’, at the same time there have been some alarming practices and attitudes arise among employers and their drivers.

Research carried out by IAM RoadSmart has found that nearly half (49%) of business leaders polled expect their employees to answer their phone at any time, including while driving for work.

Just over one in eight employees who drive for work (13%) and more than one in 20 leaders (6%) consider the hard shoulder a safe place to take a work call.

Furthermore, one in six UK employees who drive for work (17%) say they have been involved in an incident when driving for work due to a phone call from a colleague.

Furthermore, Tony Greenidge, IAM RoadSmart business development director, also says in the report that: “The penny hasn’t dropped for many organisations that their responsibility for a grey fleet driver is exactly the same as for a company car driver.”

Driving for Better Business (DfBB) research underlines this. Two standout findings related to grey fleet showed that 60% of directors did not think grey fleet was their responsibility, yet 90% of the drivers surveyed used their own car for work and 30% admitted they did not have the required insurance for business use.

Now, the charity says responsibility for the disappointing lack of progress in reducing the number of collisions involving people driving for business must be shared between government, HSE, police, vehicle manufacturers and fleets and drivers themselves.

IAM RoadSmart also warns that the Corporate Manslaughter Act introduced in 2007 was expected to underpin safer business driving and safer roads objectives – but to date, not a single person has been prosecuted or sent to jail under it in relation to death caused by a company car driver.

Greenidge explained: “The bottom line is this. Many in the professional driving world feel very uncomfortable that they’re not doing more about road safety – but they don’t feel compelled. The time has come to harness that discomfort and compel them to act through a combination of legislation, enforcement, fresh thinking and market forces, so that as we enter 2020 we can all look forward to a brighter, safer future on Britain’s roads.”