The DVSA is to review key recall procedures and practices including more reporting of potential safety defects and an overhaul in MOTs after a Transport Select Committee report highlighted serious failings in the UK’s recalls process after a spate of fires in Zafira B models. 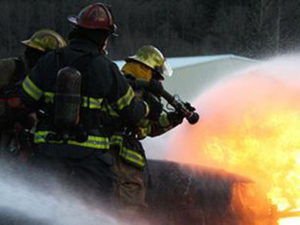 Earlier this year the Transport Select Committee published its Vauxhall Zafira fires report, in the wake of the 2015 sudden increase in vehicle fires involving Vauxhall Zafira B models. At the time the committee said that Vauxhall was too slow to begin a full investigation into the fires affecting Zafira B models and too quick to attribute the problem to improper and unauthorised repair, pointing to a “reckless disregard for safety”. However the committee also called on the government to see how the reporting of potential safety defects can be improved and to look at how it could improve traceability and ensure a greater number of owners comply with recalls.

The newly published government response to the report outlines the changes that have been taking place, including work to encourage defect reporting and sharing information.

The DVSA – which is still investigating Vauxhall’s handling of the recalls process – said it has already created a standalone Enforcement Directorate, resulting in more resource for enforcement activities while a roundtable discussion organised by the DVSA and DfT for January 2018 will see participants identify practical steps to share existing sources of information more effectively, raise awareness of under-reporting and to encourage more reporting of potential safety defects.

The DVSA said it’s also ramping up its work on recall communications within the industry and with the public, including taking steps to make it simpler for anyone to report information.

The agency also said it’s in discussions with the Driver and Vehicle Licensing Agency (DVLA) and the insurance industry to identify opportunities for prompting safety recalls and working with the DfT to investigate the possibility of automatic fails, at MOT stage, for the severest unremediated defects.

In other area, the DVSA said it’s working with the DfT and the SMMT, motor manufacturers and the motor insurance industry to assess whether manufacturers are making appropriate efforts to get access to vehicles after fires – with a report due back to the committee by the end of March – and has also taken action to help manufacturers struggling to deal with recalls by introducing an account management approach in its work with them. It’s also acting with the DVLA and VCA to report any instances of improper repair.

Finally, the DVSA said it’s reviewing the Code of Practice on Vehicle Safety Defects and Recalls to see if it needs to be strengthened in respect of the obligation placed on manufacturers to inform their suppliers.

Chair of the Transport Committee, Lilian Greenwood MP, welcomed the responses, saying: “The public needs to be confident that their safety comes first. This response demonstrates that ministers are reassessing key procedures and practices at the DVSA and in their working relationships with other key bodies.”