Two-thirds of Londoners have already changed their usual mode of transport since the introduction of the Ultra Low Emission Zone (ULEZ) and higher numbers will switch when the scheme expands further. 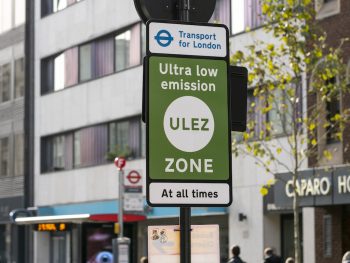 The research, carried out by insurance firm Bikesure among 1,000 commuters in London, showed that 65.3% of Londoners changed their usual mode of transport once the ULEZ was introduced on 8 April 2019. Most Londoners (45.2%) changed their vehicles 1-3 months after the ULEZ was implemented, but more than a quarter (28.3%) did so prior to the launch of the scheme.

The survey, carried out despite the scheme’s temporary suspension during the pandemic, also found that the majority (64%) of those who changed their usual mode of transport now use public transport while more than one in four (43.5%) now walk. And nearly a quarter (22.8%) now use a low-emission car.

The research also found that more than a quarter (26.7%) of Londoners can’t afford to drive/ride in the ULEZ anymore – but this will rise to nearly a third (30.9%) when the ULEZ will expand to the North and South Circular roads in 2021.

Robert Balls, Bikesure business manager said: “It will be very interesting to see how different the city’s roads will look at the start of 2022 compared with the start of 2020.”