Beech Street in London’s Barbican Estate is to become the UK’s first 24/7 zero-emission street under newly revealed plans from the City of London Corporation. 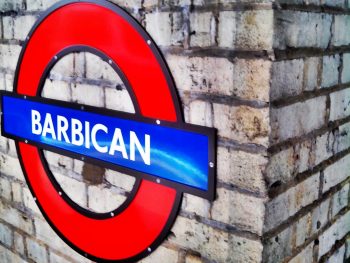 Effective from spring 2020 – subject to approval by Transport for London (TfL) – only zero-emission vehicles, alongside cyclists and pedestrians, will be able to access the street. This includes the current fully electric 153 bus route that goes down Beech Street.

However, the 18-month trial will see exceptions made for emergency vehicles, access to the car parks off Beech Street and for refuse collection and deliveries.

The scheme aims to bring nitrogen dioxide (NO2) levels within air quality guidelines set out by the European Union and World Health Organisation.

If the trial proves successful, the scheme could be made permanent and even expanded to other streets in the City of London.

Streets and Walkways Sub (Planning and Transportation) Committee Chairman, Oliver Sells QC said: “This is a groundbreaking scheme by the City of London Corporation. It will bring substantial health benefits to those who live and work in the Barbican area, and will also help reduce noise pollution.

“The experimental scheme will be enforced using the latest in smart camera technology and I hope it will be the first of many other schemes like this.”

The Beech Street scheme forms part of the City Corporation’s war on air pollution; its Planning and Transportation Committee has already backed proposals to turn parts of the Square Mile into zero-emissions zones by 2022 and cut the speed limit to 15mph as part of its new Transport Strategy.

The City Corporation has already banned the purchase of diesel vehicles from its own vehicle fleet, where there is a clean market alternative, and is leading a London-wide crackdown on drivers who leave their engines idling. It’s also introduced emissions-based charges for on-street parking in the Square Mile.