A total of 40.4 million cars, vans, trucks and buses are now registered for use in Britain; a record high but with CO2 emissions at a record low level among cars. 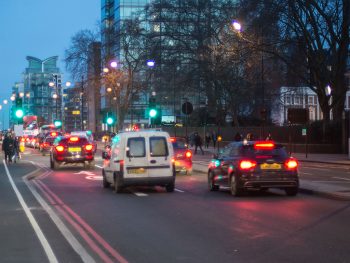 The number of vehicles registered for use on British roads has surpassed 40 million for the first time,

The figures from the Society of Motor Manufacturers and Traders (SMMT) reveal more than 35 million cars and five million commercial vehicles were in use in the UK in 2019, representing a 1.0% increase on the previous year.

Supported by this take-up, average CO2 emissions continue to fall across the car parc, reaching 175.1g/km – the lowest level on record and down 9.2% since 2008.

The data also reveals that Birmingham has the second highest number of battery electric and plug-in hybrid vehicles after Greater London, with some 24,000 zero and ultra-low emission cars on the city’s roads.

Mike Hawes, SMMT chief executive, said: “These figures show the essential role Britain’s vehicle fleet plays for society. They also provide evidence that industry’s ongoing investment into ever cleaner, safer and more reliable vehicle technology is paying off, even as demand for mobility grows. To ensure this trend continues, we must get the right support for businesses and their workers in place now so that when this crisis is over, the sector can help get the whole country and our economy back on the move.”