More than 8.1 million used vehicles changed hands in 2017, dipping just 1.1% compared to 2016, according to latest figures from the SMMT. 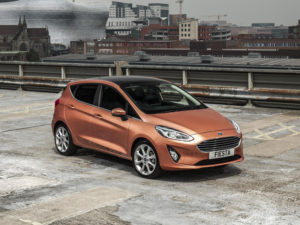 Published as new car registrations figures show a 5.7% downturn last year, the used car figures show demand remained healthy over the year – even though a decline of 5.1% was seen in the final quarter of 2017 -and the used car market was its second most buoyant ever, after a record-breaking 2016.

Smaller cars continued to prove most popular with buyers, with superminis representing 33.5% of all transactions, while demand for minis grew 4.3%.

Despite a -4.3% decline, petrol retained its position as the most popular fuel type with a 58.0% market share, while used diesel car transactions rose 3.3%, with more than 3.3 million motorists (40.8% of buyers) investing in one.

Mike Hawes, SMMT chief executive, said: “While such healthy demand is reassuring, to keep it that way and accelerate renewal throughout the fleet – the fastest way to improve air quality – government must now restore confidence to the new car sector.

“Given the recent economic and fiscal uncertainty, particularly over diesel, consumers and businesses need clarity to encourage them to move out of their older vehicles and into newer, lower emission cars – whatever their fuel type.”