True fleet registrations in the UK continued to decline in February as the overall car market remained affected by a number of issues. 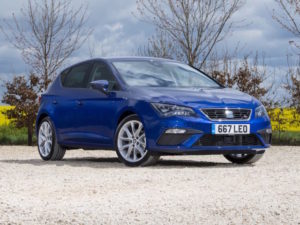 Dataforce analysis shows true fleet registrations last month fell 7.5% although the market did record its lowest volume loss in a month-on-month comparison since February 2017. The total market finished with a little under 81,000 registrations – down 2.8%. Private registrations were down 2.1% while special channels registered growth of 4.6% thanks solely to the dealer/manufacturer channel.

Despite the downturn, five OEMs recorded positive results. Ford re-took the top spot after a two-month hiatus, due largely to the Focus, Kuga and surprisingly the Galaxy, which achieved 238.6% growth in comparison to February 2017. Ford was followed by VW, Vauxhall (Opel) and Audi, which saw growth of 20.0% with the help of the A4, A5 and Q5.

Mercedes-Benz, BMW, Kia and Seat followed. The Spanish manufacturer achieved the highest growth rate inside the top 10 with a rise of 57.5%, due to the new Arona as well as a significant increase for the Leon, which saw a three-digit growth rate.

Nissan and Peugeot rounded out the top 10 manufacturers. Dataforce also noted the performance of Mitsubishi, which jumped up five places to 17th position as the newly released Eclipse Cross started to find a firm footing in the UK true fleet market place.

Dataforce also looked at the performance of the various true fleet vehicle segments and noted that the growing number of smaller SUV and crossover models is impacting on the compact car segment. As such, this segment is down year-to-date by 5.1% in true fleet, 24.9% in the private market and 1.7% in special channels.