True fleet registrations in the UK fell 4.8% to 30,967 units in February, latest figures from Dataforce show. 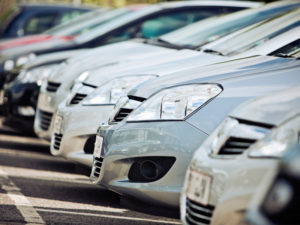 The top 10 list of true fleet manufacturers saw some fluctuations. Ford took the top spot for the fifth month running, followed by Vauxhall, VW and Nissan – with the latter the first in the top 10 to see positive growth, with registrations up 9.9%. Nissan was followed by Mercedes, BMW and Audi respectively with latter up +18.5%. Toyota, Skoda and Kia filled out the remaining three top 10 places with +93.3%, +29.1% and +51.1% respectively. In the case of Toyota, the new C-HR play a role in its growth but the Aygo was the main success story, with growth of 242.9% and taking 40.8% of Toyota true fleet share.

Dataforce research also showed a changing trend in take-up of automatic or semi-automatic transmissions, driven by improvements in technology and fuel economy/CO2 emissions.