The UK’s true fleet fell for the 10th month running in January with a continued decline also seen in the private market. 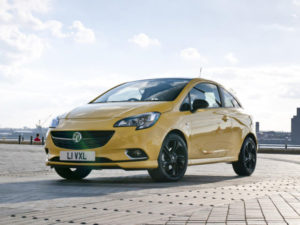 Latest figures from Dataforce show the true fleet market was down 11% last month while the private market fell 9.5%. Special channels were up by 7.8% while the total market was up 6.3% to a little less than 164,000 passenger cars.

Among the manufacturers’ league table, Vauxhall won back the top position from Ford, although both carmakers have seen dwindling registrations over the last few months, enabling other carmakers to potentially challenge the top positions this year.

Volkswagen came in third with Mercedes in fourth and Audi in fifth. Audi was the first in the top 10 to see positive growth, followed by BMW in sixth. In fact, BMW achieved the highest growth inside the top 10 with 24.3% –  this includes strong demand from hybrid versions of the 3 and 5 Series. In addition, Mitsubishi Outlander PHEV topped the popularity rankings for alternative fuel vehicles, followed by the Toyota C-HR Hybrid. Tellingly, the Toyota Prius came in at 8th in the top ten alternative fuel models, behind recent rivals including the Hyundai Ioniq (4th) and Kia Niro (6th), which are both available as hybrid, electric and plug-in hybrid, as well as its own hybrids; the C-HR (2nd) and Yaris (5th).

Nissan was in seventh place with Kia securing eighth place as the third positive OEM in the top 10 with growth of 5.5%.

Hyundai in ninth place saw particularly strong performance, registering growth of 20.6% over January 2017.  While the Tucson remains the top model for the brand, the Ioniq ranked second in January.

Finally, Toyota was in the top 10 slot for true fleet brands in January.

Previous: New car prices up 38% in last decade
Next: Maersk to save 13%+ on annual rental expenditure