The Government has committed to radical new climate change targets that will slash emissions by 78% by 2035. 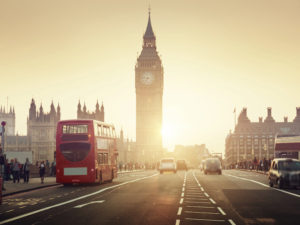 Due to be incorporated into law by the end of June 2021, the new target in the sixth Carbon Budget limits the volume of greenhouse gases emitted over a five-year period from 2033 to 2037, taking the UK more than three-quarters of the way to reaching net zero by 2050.

It will be the world’s most ambitious climate change target and according to the Government will ensure Britain remains on track to end its contribution to climate change while remaining consistent with the Paris Agreement temperature goal to limit global warming to well below 2°C and pursue efforts towards 1.5°C.

Prime Minister Boris Johnson said: “We want to continue to raise the bar on tackling climate change, and that’s why we’re setting the most ambitious target to cut emissions in the world.

“The UK will be home to pioneering businesses, new technologies and green innovation as we make progress to net zero emissions, laying the foundations for decades of economic growth in a way that creates thousands of jobs.”

The target is in line with the recommendation from the independent Climate Change Committee and will, for the first time, incorporate the UK’s share of international aviation and shipping emissions.

But the Government added that everyone needs to play a role in tackling climate change and said that bringing businesses and the public along is vital to reach the UK’s climate change goals. This include its work in the campaign, Together For Our Planet, which calls on businesses, civil society groups, schools and the British public to take action on climate change; it’s said to have helped with last month’s milestone achievement of pledges from a third of the UK’s largest businesses to eliminate their contribution to climate change by 2050.

It added that the goals in the 10-Point Plan for a green industrial revolution will also be essential. Announced in October 2020, this included the commitment that sales of new petrol and diesel cars and vans will be phased out from 2030.

Commenting on the new emissions targets, David Watson, CEO and founder of EV charging specialist Ohme, said that the switch to EVs would be vital in their achievement.

“The Government’s new climate change targets must be praised for their ambition. Delivering against them will require a clear roadmap, concerted investment in the right technologies, and closer cross-sector collaboration.

“Encouraging UK motorists to switch to electric vehicles will be critical to achieving these goals. To do so, we must show drivers that owning an EV doesn’t have to cost the earth. Affordable EVs, better incentive schemes, and more cost effective smart charging solutions will be essential if EVs are to go mainstream. At the same time, we urgently need to future proof our energy infrastructure to meet these new targets.

“As the number of EVs on our roads increases, we must get smarter at understanding behaviour using data, and better at intelligently managing energy usage if we’re to meet the challenge of balancing the grid in the face of unprecedented demand.”

And telematics giant Geotab said the new target showed the need for a clear plan of action on EVs, including on electric commercial vehicles.

Associate vice president David Savage said: “Our collective ability to act decisively on decarbonisation is a consequential aspect in the fight against climate change. Since the transportation sector is a large source of greenhouse gas emissions, it is one area where cutting carbon can make a significant impact on our air quality. To even be within striking distance of reaching the UK climate objectives, it is imperative that the Government make a plan of action to focus on transitioning business fleets to electric vehicles (EVs).

“Heavy goods vehicles (HVGs) are racking up the miles, with van traffic growing faster than any other motor vehicle. The number of vans on our roads has more than doubled in 2020 alone, reaching a record high of 55.5 billion vehicle miles, while lorry traffic has increased by 12.8% to 17.4 billion vehicle miles. Converting a large number of typically diesel engine HGVs and vans to electric is a no-brainer if we’re to reduce emissions.

“Fleet operations are seen as a ‘cost to the business,’ rather than a ‘profit driver’. While the upfront cost may be significant, larger-scale production of EVs will aid this, and deliver results in the longer term – it’s short-term pain for long-term gain. Business incentives and subsidies offered by the government should be realistic, attractive to business owners and made readily available to encourage the transition.

“The UK government is set to bring forward the blueprints it has laid out to aid the transition to a net-zero economy, including the Transport Decarbonisation Plan, later this spring, and unless drastic changes are made to cut carbon emissions and made quickly, it simply won’t be achievable.”