UK second for premature deaths from NO2 pollution in Europe

The UK has one of the highest levels of premature deaths from nitrogen dioxide (NO2) pollution in Europe, beaten only by Italy, new research has found. 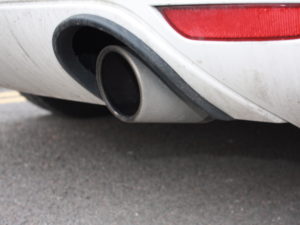 According to the EEA report, the UK is only beaten by Italy when it comes to estimated early deaths from exposure to NO2.

The Air Quality in Europe – 2016 report by the European Environment Agency (EEA) looked at premature deaths attributable to air pollution exposure in 41 European countries and the EU‐28 in 2013 – the latest year for which data is available. For NO2 pollution, the report estimates there were 11,940 premature deaths in the UK – compared to 21,040 in Italy and out of a total 68k in all 28 EU markets studied.

The report also looks the number of early deaths from particulate matter (PM2.5) and from Ozone (O3). These are estimated to reached 37,930 and 710 respectively in the UK in 2013.

The report follows the success of the case by environmental lawyers ClientEarth earlier this month when a High Court ruling found that the Government broke the law by failing to tackle illegal levels of nitrogen dioxide (NO2) air pollution as quickly as possible‎ and comes just days after a High Court judge ruled that the Government must produce an improved air quality ruling by July next year to bring pollution within legal limits.

ClientEarth’s CEO James Thornton said the report “puts the UK in an unwanted position near the top of the table when it comes to premature deaths from exposure to NO2 pollution. The UK government should be ashamed of these figures and must act now to protect the health of people in this country.”

Previous: Under-reporting of mobile phone use in collisions is ‘massive problem’, finds study
Next: VW hints at new name for possible CC replacement