The vehicle rental and leasing industry contributes around £49bn per year to the UK economy while playing a major role in supporting domestic vehicle and engine makers. 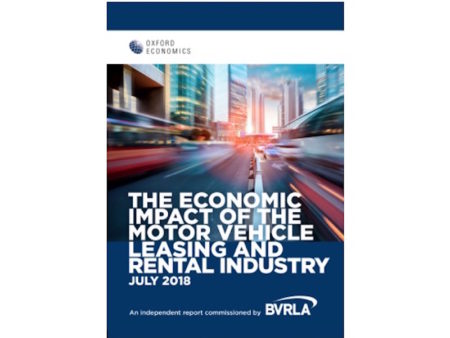 That’s the finding of a new report from the British Vehicle Rental and Leasing Association (BVRLA) published to show the size and influence of the sector.

Written for the BVRLA by Oxford Economics, the report finds that the vehicle rental and leasing industry employs 52,700 people directly and has a direct contribution of £23.9bn from rental and leasing activities; higher than that seen in many other sectors because of the reliance on rapidly depreciating capital goods.

Rental and leasing companies spent an estimated £30bn on buying over 1.8 million vehicles in 2017, which includes £5.4bn spent on UK-assembled cars, vans and trucks – 17% of all vehicles assembled in the UK.

The research also estimates that CO2 emissions across the BVRLA member car fleet averaged 114.6g/km in 2017, 20% less than the average UK car in use on UK roads, and emissions are due to drop much further – the organisation’s ‘Plug-in Pledge’ announced yesterday will bring about a major increase in uptake of ULEVs among its members.

“This report underlines the role that rental and leasing plays in the UK, economy, particularly when it comes to supporting domestic vehicle and engine makers,” said BVRLA chief executive, Gerry Keaney.

“With its huge spending power and expertise, the industry will play a crucial role in delivering the UK’s transition to connected, autonomous and zero-emission road transport in the years ahead.”