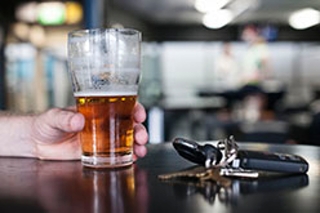 The TTC Group, which has educated well over 100,000 convicted drink drivers since the early 1990s, says that England, Wales and Malta will soon be “isolated” with the highest drink drive limit in Europe, following Scotland’s move to cut its limits in December. Meanwhile Northern Ireland is expected to come into line with Southern Ireland which has a dual limit of 50 for most drivers and 20 for professional and novice drivers.

Jenny Wynn, MD of the TTC Group, said: “It can’t be right that you can be under the drink drive limit on the English side of the border with Scotland but over on the Scottish side. Everyone should have the same drink drive limit."

Wynn, who was asked to explain the limits to members of the Northern Ireland Assembly at Stormont, which is expected to introduce the reduction in Northern Ireland, added that Assembly members were “quite shocked” by how much alcohol could be drunk to reach 80mg. They are also considering introducing a 20mg limit for taxi, lorry and bus drivers, as well as for new drivers, after being concerned that a man can still drink “a fair amount” of more than a pint of beer or just over a glass of wine to hit the 50 limit.

“The UK is isolated and must recognise the importance of boundaries with neighbouring regions and be consistent in its approach to the drink drive laws,” said Wynn.

She also joined the call for women to be made more aware about how their alcohol limits differed after it was revealed that men are changing their drinking habits while female drink drive convictions are not falling. Last month saw the Police Federation announce at its annual conference in Bournemouth that although more men than women are caught drink driving, women’s convictions are increasing as a proportion of all convictions – up by 17% – whilst male rates are falling – down by 24%.

“Women can drink a lot less alcohol before reaching the drink drive  limit than men  because of the difference in body fat and water, between the sexes. But we want to get over the message that people should not drink at all if they are going to drive,” she added.