The insurance industry is calling for collaboration with carmakers and legislators to help develop standards on driverless car data. 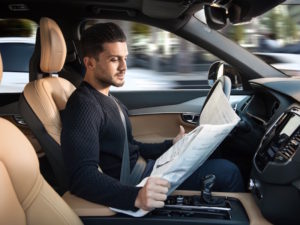 Both the Association of British Insurers (ABI) and Thatcham Research have said that autonomous vehicles will need to collect a basic set of data for determining liability in the event of crashes involving driverless vehicles.

The call comes as the UN body responsible for vehicle regulations prepares to impose its own data requirements on motor manufacturers from 2019.

Peter Shaw, chief executive at Thatcham Research, said: “Future legislation needs to protect the consumer so that in the event of an accident, responsibility and who pays can be quickly determined.Was it driver error or a failure of the automated driving system? This can only happen if their insurer has access to key data about the crash. We would like to see car manufacturers and legislators working together with the insurance industry to develop a framework to make this happen.”

The organisations added that the industry is working on international standards for data that would be easily accessible in the event of an accident involving a highly automated vehicle.

Shaw continued: “It’s in everyone’s interests to be able to establish the facts quickly and the proposals for standardised data being put forward by UK insurers would achieve this.”

The data would cover a period from 30 seconds before to 15 seconds after an incident, providing a GPS record of the time and location of the incident as well as confirmation of whether the vehicle was in autonomous or manual mode and any driver activity such as braking or steering.

Huw Evans, ABI director general, added: “As part of insurers’ commitment to getting automated cars on the road and dramatically improving road safety, there will need to be basic data easily available to make sure customers are looked after if something goes wrong. This would offer public reassurance by protecting motorists from being incorrectly blamed if something fails with their car, helping police investigations and supporting prompt insurance pay outs.”