Trials that will help accelerate the development of wireless charging solutions are to get underway with the help of 10 plug-in taxis in Nottingham. 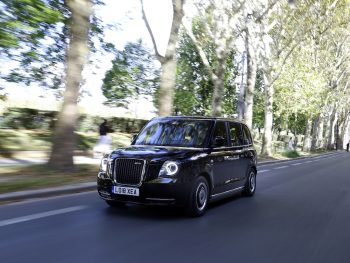 Marked out as a UK-first, the six-month trial will see Nissan and LEVC plug-in taxis in Nottingham fitted with wireless charging hardware to trial taxi rank-based charging and assess how it can improve vehicle range and minimise recharging times. But if successful, this technology could also be rolled out more broadly for public use, helping everyday drivers of electric vehicles charge more easily on the go.

The project is being backed by £3.4m government funding awarded by Innovate UK, and is being run by a consortium including Cenex, Sprint Power, Shell, Nottingham City Council, Parking Energy, Transport for London and Coventry University.

Transport Secretary Grant Shapps said: “Taxi drivers up and down the country are at the vanguard of the electric vehicle revolution, playing a leading role in reducing air pollution in our city centres where people live, shop and work.

“New wireless technology will make using an electric taxi quicker and more convenient, allowing drivers to charge up at taxi ranks before heading off with their next passenger.”

The new technology will build on the existing incentives for taxi drivers to turn to plug-in vehicles, including the exemption of zero-emission taxis from the higher rate of vehicle excise duty and £50m grant fund that provides drivers with up to £7,500 off the price of a new, eligible, purpose-built taxi. The Government is also providing £20m for 27 local authorities to install electric taxi charge points across England and Scotland.