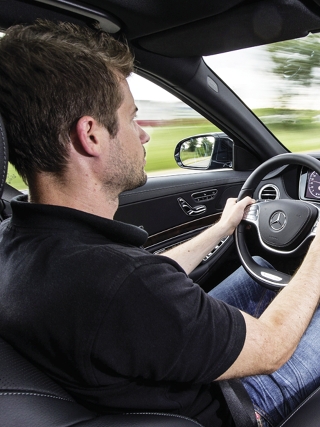 The research found that although 85% said they do research road regulations before driving abroad, a simple road rule knowledge test, commissioned by TomTom, showed UK drivers are stumped by everyday international driving laws.  For example:

And it isn’t just specific regulations that are causing confusion on European roads for British drivers, with many admitting they have struggled in the past when faced with foreign driving cultures. The most common issues faced when driving abroad include:

Indeed, almost two thirds of UK drivers (61%) said they would prefer someone else to drive because they don’t feel confident driving abroad (47%) and find it too stressful (44%).

The survey also found that other European drivers struggle when driving abroad. German drivers are perhaps the most likely to exceed the speed limit with more than a quarter (29%) admitting to have done so whilst driving abroad in the past and 27% admit to having been pulled over by the police. Nearly one in three Italians also admit to being pulled over by law enforcement when abroad, which maybe links to the fact that more than one in ten (15%) have had a near miss.

Corinne Vigreux, co-founder and managing director, TomTom Consumer, said: “There are a huge number of varying and complex road rules that exist across the globe. And, as our research reveals, it’s understandable that drivers aren’t always completely aware of the rules in every country they visit. We try to take the headache out of driving abroad with our range of navigation devices and services – whether that’s making sure you’re aware of the speed limit, that you’re in the right lane, or even by guiding you to the nearest car park in an unfamiliar city.”