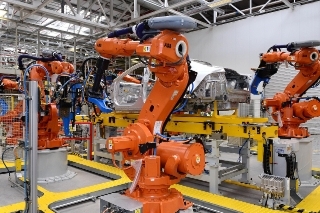 Latest Society of Motor Manufacturers and Traders (SMMT) show that a total of 793,642 cars rolled off UK production lines between January and June – equating to more than three every minute.

Volumes in June were up 5.4% over the same month last year, with 143,759 cars built in the month and production for export (up 9.0%) outperforming that for the domestic market (down 7.1%) – a reversal of the trend seen in previous months.

Mike Hawes, SMMT chief executive, said, “Today’s figures are testament to the ever-increasing demand for the diverse, high-quality range of cars we make in the UK. The sector is ahead of the game on productivity, with investment in efficient, high-tech manufacturing processes and a highly skilled workforce resulting in huge gains over the past decade.

“This success has been built on significant industry investment and has also relied on a positive relationship with government, essential if the industry is to maintain its international competitiveness.”

John Leech, head of automotive at KPMG UK, commented: "UK car manufacturing in the first half of the year performed strongly largely due to the increased number of models made in the UK, following the launch of the Jaguar XE and Land Rover Discovery Sport and the recovering Eurozone market.

"We expect even more cars will be made in the second half of the year as further new models from Jaguar Land Rover, Vauxhall and Honda are launched and our major market, the Eurozone continues to recover. With future planned model launches we forecast UK car production will beat its all-time record and the 2 million barrier in 2018."