Uber and Nissan have signed a deal that will see up to 2,000 Leaf fully electric vehicles deployed in London; part of wider plans for all its drivers in the capital to switch to EVs. 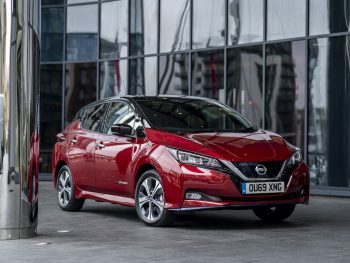 The deal covers the standard 40kWh Leaf model – a longer-range 62kWh Leaf+ version launched last year as part of the second-generation range – which is being made available to all drivers who use the app in London, supported by a dedicated EV education programme, transaction price and marketing plan from Nissan.

The move forms part of Uber’s Clean Air Plan, introduced a year ago, which has seen 15p added onto all London trips to help drivers switch to electric vehicles. In the first year, Uber has raised more than £80m to support drivers transitioning to electric vehicles, with more than £200m expected to be raised over the next few years.

The plan saves drivers an average of £4,500 on the switch to an electric car, while also supporting ongoing vehicle costs, and comes as Uber prepares to launch an appeal after being stripped of its licence to operate in London in October.

Jamie Heywood, regional general manager for Northern and Eastern Europe, Uber, said: “Our bold vision for London is for every driver on the Uber app to use an all-electric vehicle by 2025. The partnership with Nissan is a hugely significant step towards meeting this goal. The Mayor of London has shown strong leadership on measures relating to air quality and we’re proud to support him in delivering his vision.”

In 2016, Nissan supplied a fleet of 20 all-electric Leafs to Uber as part of an extensive EV trial in the capital. The trial – which marked the first time pure EVs had been available for hire through the Uber app in London – was run in partnership with the Energy Savings Trust (EST) and explored the feasibility of running large numbers of electric private hire vehicles in the UK.

The launch of the deal follows Nissan’s announcement in December 2019 that it had lowered the on-the-road (OTR) price of the 40kWh range by £1,650 on all grades, placing the car in the sub-£30k P11D price bracket.