Uber London’s application for a full private hire operator licence has been rejected by Transport for London, which has instead granted a two-month extension as it requests additional information. 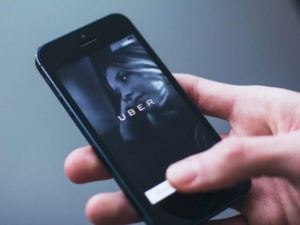 It’s the second time that Uber has been turned down in its applications for a full five-year licence. It was granted a 15-month probationary licence to operate in London in June 2018 after making changes to its practices following TfL’s September 2017 decision to strip Uber London Limited of its licence to operate in the capital. At the time of the original decision, TfL had said it was “not fit and proper to hold a private hire operator licence” after revealing concerns over Uber London’s approaches to how medical certificates and DBS checks were obtained and to reporting serious criminal offences.

The new two-month licence issued by TfL will have the same conditions that Uber London has been subject to over the last 15 months, along with new conditions to ensure passenger safety. TfL is also requesting additional material from Uber London and this additional information will help inform any future licensing decision.

The news has been met with a mixed reaction. Chair of the London Assembly Transport Committee, Florence Eshalomi said: “Uber may have upped its game in terms of culture and governance, however, such a short extension is evidence they still have some way to go.

“The London Assembly agreed with TfL’s decision not to renew Uber’s licence, as politicians from across the political spectrum were highly concerned about its working practices and safety record.”

“Should its standards not improve, TFL needs to be brave enough to halt its licence to ensure that Londoners have the high-quality, accessible and safe transport network that they deserve.”

However, Andrew Boff, a Conservative member of the Greater London Assembly (GLA), said: “Make no mistake, this dither and delay will have serious consequences for Londoners. The livelihoods of thousands of hardworking Uber drivers will continue to hang in the balance, while all those millions of Londoners who rely on Uber to travel around our city will remain in dark about how long they will be able to use the service.”

Meanwhile a poll published last week by GlobalWebIndex found 51% of UK consumers were in favour of granting Uber a further licence extension and 30% felt Uber should be granted either a long-term licence (3+ years) or a permanent licence to operate in the capital. Improved mobility for older people (20%), greener cities (12%) and lower congestion (14%) were all associated benefits of the service.