Uber has suspended its pilot programmes on autonomous cars in the US following a fatal accident. 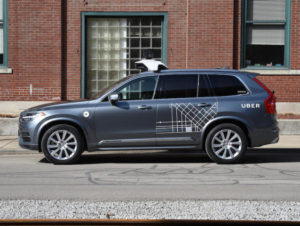 The crash in Tempe, Arizona on Sunday night involved an Uber vehicle operating in autonomous mode, which struck and killed a pedestrian crossing the street.

The ride-hailing company began testing its autonomous vehicles in Arizona in February 2017.

Responding to the news, Uber CEO Dara Khosrowshahi said in a tweet: “Some incredibly sad news out of Arizona. We’re thinking of the victim’s family as we work with local law enforcement to understand what happened.”

Meanwhile the National Transportation Safety Board in the US tweeted that it is also investigating the crash.

The crash is believed to the first death caused by a fully autonomous vehicle. Last year saw Tesla’s semi-autonomous Autopilot system cleared of defects following a seven-month investigation into a fatal crash in 2016.

Responding to the Uber crash, Dr Jenifer Baxter, head of engineering at the Institution of Mechanical Engineers, said: “This tragic event serves to draw attention to the challenges of incorporating autonomous vehicles into an incumbent system operating with manned vehicles, cyclists, pedestrians and other road users.

“In 2016 the Institution of Mechanical Engineers in our Case Study on Autonomous and Driverless Cars raised the need to address societal questions before highly and fully automated cars are both accepted and legally able to be positioned on our roads; this will include having the right regulatory framework in place.

Previous: One in five local roads has less than five years’ life remaining
Next: Statement of Intent: How the Autumn Budget will impact on fleets