Two-thirds of all businesses now use in-vehicle telematics

Telematics take-up has almost doubled in less than a year, with the majority of businesses now using the technology in their vehicles, according to new analysis. 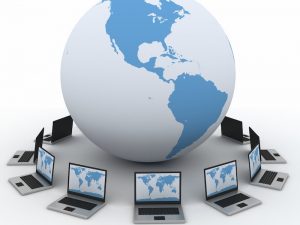 The RAC Telematics Report 2016 found almost two-thirds (65%) of all businesses surveyed now use telematics devices in their vehicles (including black box and smartphone apps) compared to 38% in 2015.

Although businesses across all sectors have increased their use of telematics business services are the highest at 70%, with retail at 67% and construction take-up at 66%.

In terms of business size, 51% of sole traders say they are using the technology now compared to 14% last year, and 58% of small firms with 50 staff or fewer said they use telematics compared to 25% last year – more than double the percentage. At the other end of the scale, in the corporate sector (1,000 to 5,000 employees) usage has gone from 29% to 67%.

The report also looks ahead to what businesses want to see from the technology in the future, such as greater integration with other motoring services, including breakdown and accident management.

RAC Telematics MD Nick Walker said that businesses are now much more accepting of the technology because they recognise the business benefits far outweigh previous concerns there may have been about tracking.

He said: “We see that the world has moved on from a slight fear about telematics, the old ‘Big Brother’ image that is well behind us now, as people are seeing the benefits, and looking at how they can bring those benefits into their own fleets.

“One of the very clear factors that we are seeing from the report, and from what we’re hearing from customers, is that telematics is now being associated with cost reduction, cost benefits, more insight and duty of care, than it is about pure tracking and the older benefits of telematics.

“People are looking now for things like vehicle condition monitoring and vehicle diagnostics. When vehicles have faults fleet managers want to know so they can anticipate and plan downtime, so vehicle health is a real key part of the future of telematics, and that is really nicely aligned to what we’re doing at the RAC.”

Walker added that with the increased focus on the ‘connected car’, businesses are expecting telematics technology to enable more integration with other motoring services.

For example, half of those surveyed say they want direct reporting of faults from the telematics device to their fleet manager or chief mechanic, so they know as soon as possible when there is a problem with a vehicle.

He concluded: Walker adds: “Telematics has delivered a huge amount of power into the hands of the fleet manager or business owner who can now see what is happening with their vehicles and be proactive in terms of how they deal with it.
“It’s no longer about just keeping tabs on staff or vehicles, it’s much more about managing the vehicle as an asset.”

For a copy of the full RAC Telematics report, go to: http://www.rac.co.uk/media/1408/rac-telematics-infographic-pr-version-v2.pdf