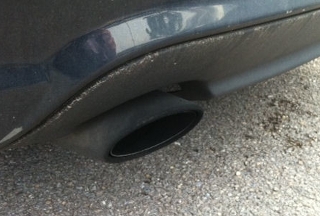 Following VW's admission about using defeat devices, Mr McLoughlin called on the European Commission to introduce real-world driving emissions tests as soon as possible and said the UK testing programme “will get to the bottom of what the situation is for VW Group cars in the UK and ensure we understand the wider implications for other car types to give all consumers certainty”.

He added that the UK will initially re-test Euro 5 category diesel cars previously type-approved by VCA that VW group has confirmed contain ‘defeat device’ software. This re-testing will involve both laboratory and real-world elements. These measurements will be used as a benchmark for further testing, with the final programme to be developed.

Mr McLoughlin said: “The needs of consumers must be at the forefront of action to restore public confidence in emissions testing. I have made it clear to Volkswagen that we expect it to support UK owners of vehicles fitted with defeat device software. The UK government has already announced that owners in Britain will not incur higher vehicle taxes as result of VW’s actions.”

He also repeated his call for a Europe-wide investigation into the use of ‘defeat devices’, in parallel to the work in the UK.

“There now needs to be co-ordinated European work to establish trust in the testing process. As I highlighted to the Transport Council, driving emissions tests that reflect real-world performance must be introduced as quickly as possible,” he said.

Meanwhile next Monday (12 October) will see the Transport Select Committee hear evidence on the VW scandal as it investigates the extent of emissions rigging. Volkswagen UK’s managing director Paul Willis will be questioned as well as Mr McLoughlin and the Society of Motor Manufacturers and Traders (SMMT) and Vehicle Certification Agency (VCA). The SMMT will give evidence on the effect on the wider motor manufacturing sector. The VCA and Mr McLoughlin will be questioned on what steps the Government is taking to restore public confidence in the vehicle type approval testing regime.

Elsewhere, in the US, Volkswagen chief executive Michael Horn has admitted to Congress that he knew about the scandal a year ago but claimed it was the work of a few rogue engineers. And in Australia the carmaker has announced the voluntary recall of nearly 100,000 vehicles.