Transport for London (TfL) has outlined early plans to restore services, but warned they will require “significant changes” to the way in which people travel in London, including a drastic reduction in usage. 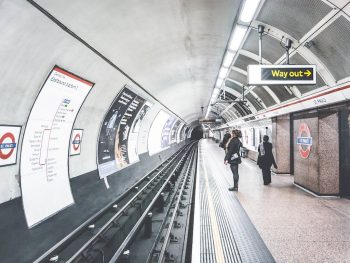 Announced two months after TfL cut its services, the roadmap sets out plans to safely and gradually build up rail service levels to where they were before the pandemic and to return the number of buses and trains running to as close to 100% as soon as possible.

But the transport body said that maintaining a 2m social distancing rule meant that demand would have to be reduced by more than 85% compared to normal; it would only be able to carry around 13-15% of the normal number of passengers on the Tube and bus networks even when 100% of services were operating once again over time. It acknowledged that maintaining social distancing is already proving challenging on the Tube, even with journeys having been reduced to 5% of the usual level, and the challenge would become greater as more people returned to work.

Londoners have been urged to support its plans by avoiding public transport where possible, including by continuing to work from home wherever possible to enable safe journeys for those who cannot do so.

Those who need to travel are being asked to reimagine their journeys where possible: use existing or newly introduced walking and cycling options and to ‘shop local’ to relieve pressure on public transport.

It also urged employers to help their staff avoid travelling at the busiest times of day.

TfL also said that face masks would need to be worn by those using public transport, backed by rigorous cleaning regimes, hand sanitiser points and operational changes at stations to help keep everyone safe. Masks are also being provided to all TfL employees.

Mike Brown MVO, London’s Transport Commissioner, said: “Our intention is to progressively build up service levels to as close to pre-pandemic levels as possible, but it is clear life simply won’t be swiftly returning to what it was before. The travel demand challenge facing us outstrips that faced during the 2012 games due to the national requirement to maintain 2 metres distance between passengers wherever possible. That may not always be possible of course given the design of London’s transport network.

“So every person, business, school, college and other institution in London has a vital role to play in this next period to keep everyone safe. We are also asking London to reimagine the way in which they travel, walking and cycling where possible and using the new dedicated facilities for this being created across London.”

To support the higher levels of walking and cycling that will be needed and support social distancing on streets, the Mayor of London, Sadiq Khan, and TfL have begun the ‘London Streetspace’ programme, which will reconfigure London’s streets to accommodate a possible ten-fold increase in cycling and five-fold increase in walking as lockdown restrictions are eased.

Previous: Today in Fleet – Monday 11 May
Next: Unleaded drops to below £1 a litre