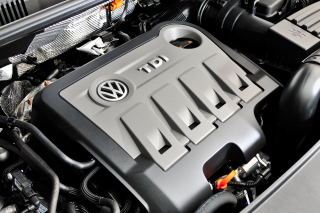 The company admitted that it had initially proved impossible to bring its EA 189 diesel engines under the strict NOx limits in the United States within the time and budget allowed. It added that technology later allowed them to do so, but that this wasn’t fully utilised – instead it was used to give low emissions under test conditions, but not on the road.

In Europe, recalls of the EA 189 units will begin with the 2.0-litre TDI engines in the first quarter, followed by the 1.2-litre TDI in the second quarter – both require only software updates. The 1.6-litre TDI requires a meshed “flow transformer” to improve air measurement accuracy, so the required recall will take until the third quarter to prepare. Solutions for North America are still under development, as the limits are much stricter.

Future drivetrains will be developed with much more transparency to avoid similar situations in the future. Emissions testing will be carried out externally, and the company will conduct randomised real-world tests to ensure ongoing compliance. The group said that its individual brands and regions will also get more independence.

Further ahead, Volkswagen is to present its “Strategy 2025” plans mid next year, looking to expand beyond its core business as well as broadening its digitalisation and electrification development. The Group said in October that it would be looking to increase the electric range and availability of plug-in drivetrains, as it accelerates electric vehicle R&D over the coming years.

Hans Dieter Pötsch, chairman of the board of management, said: “Although the current situation is serious, this company will not be broken by it. We have a clear mission: we will create a new, better, and stronger Volkswagen. A company that uses its strengths to make the transition to the new world of automobiles. A company that now releases new forces, and takes better advantage of its huge potential. And, last but not least, a company that will be successful over the long term on the basis of strong values.”