Government plans for Clean Air Zones in UK towns and cities will require a practical and workable solution which considers fleet operating cycles as well as offering incentives and support to operators. 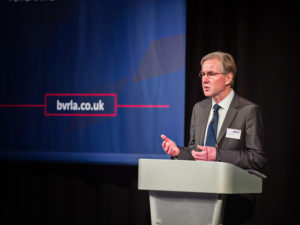 This was the main basis of the British Vehicle Rental and Leasing Association’s (BVRLA) response to the recent consultation held by the Department for Environment and Rural Affairs (Defra) on additional measures to support individuals and businesses affected by local NO2 plans.

Run from 22 November 2017 to 5 January 2018, the consultation looked at how measures could be supported through the Clean Air Fund to enable local authorities to implement additional measures tailored to their area which minimise the adverse effects of local air quality plans.

Outlining its response, the BVRLA said it was supportive of government’s commitment to improving air quality but said any measures introduced must not cripple the economy or punish people, but “encourage long-term behaviour change which moves people and businesses towards cleaner transport solutions”. It also said that fleets should be given time to make the adjustments.

Other main recommendations by the association include ensuring that the introduction of Clean Air Zones acts as a catalyst for innovative schemes such as Mobility Credits which would give people credits to use for occasional vehicle rental, hours of car club use and public transport.

The BVRLA also said such schemes should offer improved fiscal incentives for the uptake of Ultra Low Emission Vehicles such as extending the current incentives for electric vehicles to cover not just the first owner of the vehicle, but subsequent owners too.

And it said the Government should explore the possibility of ‘green lanes’ on particularly congested and pollution generating routes in which only vehicles with low emissions could drive.

BVRLA chief executive Gerry Keaney said: “If the Government and local authorities get this wrong, public and business support will be lost, and the economy and people’s quality of life will suffer.

“The key to getting a quick and effective transition will lie in government’s ability to implement a practical and workable solution which considers fleet operating cycles as well as offering incentives and support to operators.

“Meanwhile our members, whose fleets are on average 8% cleaner than the national average, stand ready to offer advice and provide individuals and businesses with the appropriate clean and cost-effective solution to meet their needs. This will be particularly helpful to those living and working in and around the areas earmarked for Clean Air Zones.”