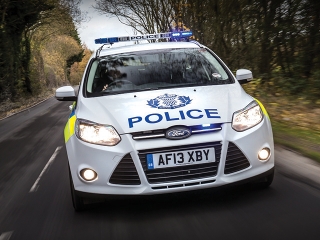 The drop has seen 43 police forces cut their traffic officers from 5,635 to 4,356 between the end of March 2010 and 2014, according to figures published by the Government in response to a parliamentary question.

Devon and Cornwall police suffered the largest cut – 76% – taking its traffic officers from 239 to just 57.

Essex’s traffic police numbers fell by 71%, Nottinghamshire’s by 68%, Wiltshire’s by 47% and both the Avon and Somerset and Dorset forces traffic function diminished by 39% each.

In response, the RAC said the Government should also be asking whether the reduction in traffic police is in any way connected to the recent rises in the number of deaths and injuries on our roads.

Figures released last week by the DfT show that road deaths have risen for the first time in 30 years. The stats show that deaths and serious injuries on UK roads increased by 4% in the year ending September 2014, with deaths up by 1%

The RAC said the findings also support its research for the RAC Report on Motoring, which found that 60% of motorists now think there are insufficient numbers of police officers on the roads to enforce driving laws and as a result there is little chance of law-breakers being caught and prosecuted for anything other than speeding or running a red light: offences typically enforced via cameras.

RAC head of external affairs Pete Williams said: ‘These figures make a mockery of motoring law – if there are not enough police on the road, we can introduce all the new rules we want, but those breaking them just will not get caught. While cameras are good at catching speeders and drivers who go through red lights, offences that relate to general poor behaviour at the wheel still rely on a police officer to enforce them.

‘The majority of motorists in England and Wales claim to obey the law of the road and would therefore like to think the minority of drivers that flout the rules stand more chance of getting caught and properly punished than they seem to at the moment.’