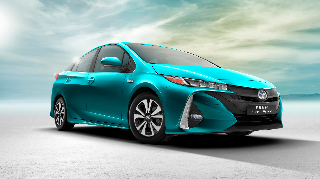 Unveiled at the New York International Auto Show yesterday, it’s the second generation of the Prius to be available with a plug-in hybrid drive.

The new car features a different bodyshell to the recently launched Prius hybrid, but benefits from similar technological upgrades – particularly the more efficient engine and the drivetrain’s prioritising of its electric power to reduce fuel usage still further.

Top speed in fully electric mode has been raised from 51mph to 84mph, and power comes from an 8.8kWh battery pack – twice the capacity of its predecessor. This increases charge times by around 50 minutes, to a total of two hours and 20 minutes.

Previous: Winners of 2016 World Car of the Year awards announced
Next: Testing times: What the Government's MoT plans could mean for fleets