Toyota has announced details of its new Corolla Trek estate, which is now available to order. 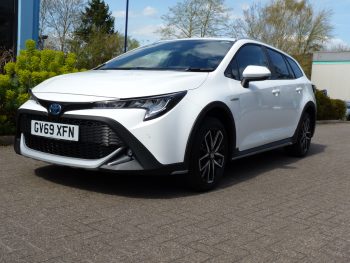 Revealed late last year, the new edition has been developed with Trek Bikes to target those with active lifestyles and augments the standard Touring Sports hybrid with a 20mm increase in ride height, extra exterior protection and an exclusive interior.

Production has already started at Toyota’s UK plant at Burnaston, Derbyshire, and will be resumed when manufacturing re-opens, with deliveries to take place accordingly.