Toyota Corolla to return to Europe

The replacement for the Toyota Auris will be named ‘Corolla’, bringing Europe in line with other global markets for the first time since 2006. 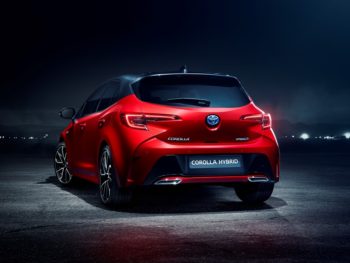 Toyota will drop the Auris nameplate next year, in line with other markets.

The new Corolla launches in Europe early next year, as a hatchback, saloon and estate, offered with a choice of petrol or hybrid drivetrains and no diesel alternatives for the first time. Last year, three quarters of the total 14,487 UK Auris registrations were hybrids.

It marks the return of the world’s biggest-selling nameplate to Europe, though the outgoing Auris had been sold as the Corolla in some other markets. Toyota says this coincides with the adoption of a single platform used globally, replacing three which are currently in use by its C-segment products.

The Corolla returns as the Avensis, another European-market Toyota name, is being replaced by a new Camry.