Toyota and Suzuki have entered a capital alliance agreement, taking stakes in each other to cement the firms’ long-term partnership on areas such as autonomous driving. 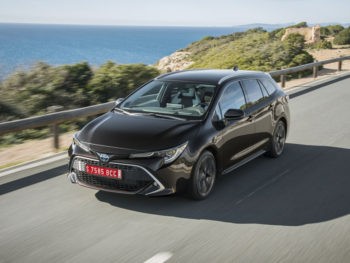 The two carmakers started talks on a partnership three years ago, intended to cover areas including environmental, safety and information technologies and procurement, following an agreement announced some months prior.

Details revealed in March this year outlined that the deal would bring together Toyota’s strength in electrification technologies and Suzuki’s strength in technologies for compact vehicles. This sees Toyota provide its hybrid technology globally to Suzuki and build two new hybrid cars, including a Suzuki-badged version of the Corolla wagon at Toyota’s Burnaston, Derbyshire plant, as well as the RAV4 in Turkey.

The share capital tie-up that will support the partnership will see Toyota acquire 24 million shares of common stock in Suzuki (4.94% ownership of the total number of shares issued by Suzuki as of 31 March 2019 with a total value of around £741m) while Suzuki plans to acquire shares in Toyota equivalent to some £370m – subject to approval from the relevant competition authorities.

The announcement comes at a time of increased tie-ups between carmakers to tackle autonomous driving, electric vehicle and mobility solutions. BMW and Daimler announced a JV in spring 2018 that combines the carmakers’ mobility offerings to bring a single source for everything from ride-hailing to EV charging.

More recently, VW – which previously had an alliance with Suzuki that was settled in 2015 after a four-year dispute – and Ford revealed further details of their partnership. As outlined two months ago, this will see Volkswagen join Ford in investing in autonomous vehicle platform company Argo AI while the two firms have also signed a deal for Ford to use VW’s electric vehicle architecture and Modular Electric Toolkit (MEB) as the basis for a mass-market fully electric vehicle for Europe. However, as announced last year, the tie-up will not involve cross-ownership between the two companies.

In a statement on their capital alliance agreement, Toyota and Suzuki said: “The automobile sector is currently experiencing a turning point unprecedented in both scope and scale, not only because of enhanced environmental regulations, but also from new entries from distinct industries and diversified mobility businesses. The two companies intend to achieve sustainable growth, by overcoming new challenges surrounding the automobile sector by building and deepening cooperative relationships in new fields while continuing to be competitors, in addition to strengthening the technologies and products in which each company specializes and their existing business foundations.”