Toyota accelerates EV plans and teams up with Subaru

Toyota is accelerating its electric vehicle plans as it also announces a partnership with Subaru to develop a joint EV platform. 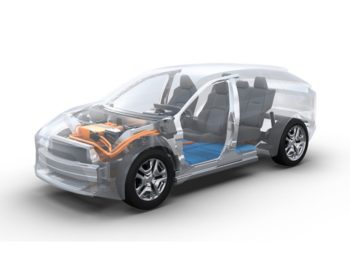 The firms’ joint dedicated EV platform will be used as the basis for a C-segment SUV, which will be sold under both brands

Announced at a company briefing held by executive vice president Shigeki Terashi, the plans will see Toyota aim to sell 5.5 million electrified vehicles by 2025; five years earlier than the 2030 deadline revealed at the end of 2017.

The platform, which builds on the firms’ existing collaboration, will be initially be used as the basis for a C-segment SUV for sale under each company’s own brand, but will also be used for future vehicles including D-segment-class saloons and SUVs.

Commenting on the deal, the carmakers said: “The automotive industry is in the midst of a once-in-a-century period of profound transformation. Starting with responses to the new CASE domains of car connectivity, autonomous or assisted driving, new mobility or car-sharing, and electrified powertrains and components, both Subaru and Toyota are required to conduct technological development with a sense of speed across a broader-than-ever spectrum of initiatives.”