The majority of motorists would back increased clampdowns on idling drivers, with almost half supportive of fines being implemented. 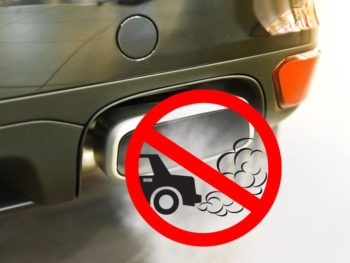 Research carried out by the RAC has found that more than seven in 10 drivers (72%) want to see councils tackle motorists who leave their engines running when parked – and 44% of those say officials should tell them to switch off and then fine them if they refuse.

Although councils already have the power to take action against drivers who idle their vehicles while parked in the form a £20 fine, only a few choose to enforce this. Yet, the pressure to clamp down on this is increasing; the RAC research of 2,130 drivers found 2% think offenders should be fined without any warning whatsoever.

The research comes as the Government also looks to crack down on idling drivers by increasing fines – with a consultation due to launch soon. Meanwhile, a report published recently by centre right think tank Bright Blue has called for the general public to be able to report idling drivers as part of a concerted effort to clamp down on pollution.

The RAC research shows that drivers’ awareness and sensitivity to the issue of engine idling also appears to be growing significantly. More than half of those surveyed (55%) say they are more concerned about the impact that vehicle emissions have on the environment and public health than they were three years ago. A total of 41% said their level of concern was unchanged and only 4% said they were less concerned.

Asked if they would turn off their engines to prevent pollution if they were stationary for a few minutes in various locations, nearly two-thirds (64%) claimed they would outside schools; 62% would do so if parked at the side of an urban road or street; 53% outside a shop; and 53% in an urban car park.

When stopped in traffic however, attitudes are very different with 29% stating they would never turn off their engines no matter how long they were stuck for. For those who say they would switch their engines off when stationary in traffic, the most favoured point to do so is at five minutes (18%). A total of 13% would do so after just two minutes and one in 10 (11%) after three minutes, and for 15% it would be after six minutes.

The top reason for switching off when stationary in traffic was cost rather the environment or people’s health, with 37% saying they do it to save a little on fuel and 35% saying they do it when they can to help with air quality. Three in 10 (29%) however, claim it never occurs to them to turn off.

RAC head of roads policy Nicholas Lyes said: “It is clear from our research that the vast majority of drivers are far more aware of the impact of vehicle emissions than they were three years ago. They are conscious of pollution from parked vehicles running their engines needlessly to the point they want to see local councils taking some form of action against those who do this. At the very least they would like a council official to speak to those who do it and ask them to switch off.

“You could liken the current situation with engine idling to that of taking your own carrier bags to the supermarket: everyone knew it was the right thing to do, but few of us did it until a compulsory charge was introduced. While the law is already in place for idling, enforcement is limited, if not non-existent.

“The presence of enforcement officers and ‘no engine idling’ signs, complete with penalties, must be the next step in making our urban environments better for everyone who lives, drives and works in them.”