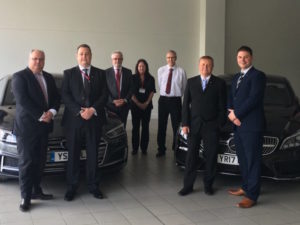 JCT600 has introduced a new Pre Delivery Inspection (PDI) Centre in Chesterfield, which will serve the Audi and Mercedes-Benz brands within the fleet division.

Formerly the site of Volkswagen Chesterfield, the dedicated car preparation centre will enable the specialist PDI technical team to prepare around 3,500 vehicles a year.

Neill Richards, JCT600’s group fleet sales director, said: “With additional space, the latest equipment and a trained 28-strong team dedicated to preparing fleet vehicles, the new facility enables us to very quickly process and turn around vehicles, making sure they are ready for a speedy onward delivery to our customers nationwide.” 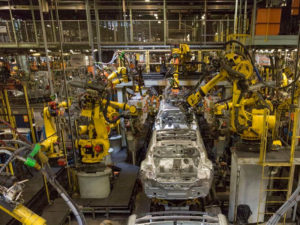 UK automotive manufacturers turned over £77.5bn in 2016 – the highest on record – as revealed in the 18th annual Sustainability Report.

The Government must secure interim Brexit arrangements to “safeguard the future of UK motor industry and avoid a cliff edge”.

So says the Society of Motor Manufacturers and Traders (SMMT) as it releases its 18th annual Sustainability Report, which shows that automakers in the UK turned over a record £77.5bn in 2016, marking a seventh consecutive year of growth, while productivity, production output and vehicle sales also increased and average new car CO2 emissions fell for a 19th year to 120.1g/km.

Mike Hawes, SMMT chief executive, said: “Having looked at all the alternatives, we need government to seek an interim arrangement whereby we stay within the single market and customs union until that new relationship is implemented.” 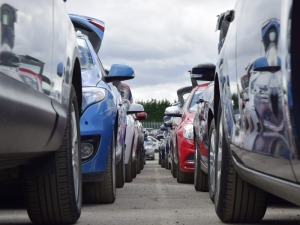 Eight out 10 motor dealers think Brexit uncertainty will have an adverse impact on the motor sector in 2017, according to new research.

The second annual Motor Dealer report, compiled by the MHA group of accountancy and business advisory firms, also found that 24% of UK dealers expect an increase in profits in 2017; a drop of 20% from 2016. As well as issues over Brexit, other areas expected to impinge on profitability include consumer confidence, potential changes in purchasing habits resulting from concerns around possible diesel scrappage, the recent media and FCA attention on potential Personal Contract Purchase (PCP) mis-selling and the likelihood of continued reductions in retail registration numbers.

Despite this reduced optimism, dealers are expecting to drive their performance predominantly through used car sales this year while the report also found that a very high level of awareness of the importance of online retailing. 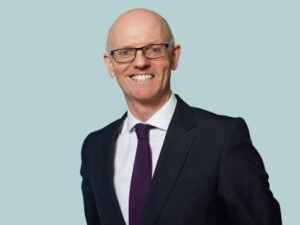 A new report has named Nexus Vehicle Rental as one of the top ecommerce companies in the north.

The rental specialist was listed in the top 30 companies in the Top 100 eCommerce Companies in the North report, alongside firms including MoneySuperMarket, Autotrader and The Car Buying Group.

David Brennan, CEO at Nexus Vehicle Rental, said: “We’re proud to be part of a group of businesses in the North and indeed across the UK focused on growth through innovation, disrupting their sectors by moving services online.  Our inclusion in the Top 100 ranking cements our reputation as a leader in the tech sector and the rental industry.”

Previous: Up to 40% of road deaths in Europe are work-related, new research suggests
Next: Diesel still ‘only realistic choice’ for workhorse fleets, says Pendragon