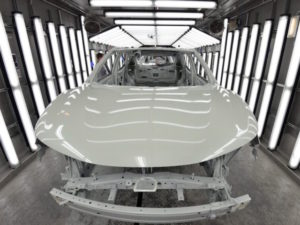 The SMMT said UK car manufacturing slowed in May as production lines gear up for a range of new models.

Latest figures from the Society of Motor Manufacturers and Traders (SMMT) show production for the home market fell 12.8% in May with exports down 9.0%. For the year to date, total production fell 1.2% to 729,755 units, with domestic demand down 8.1% but exports up 0.8%.

The SMMT said May’s decline came as production levels rebalanced following a record start to the year and added that the same period in 2016 had seen output increase more than 26%, marking the highest May total in more than a decade. 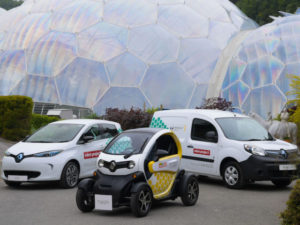 The Eden Project has put its fleet of electric Renaults to a range of uses, including transporting staff and equipment as well as the cast and crew of a number of TV productions.

The Eden Project has reported a significant drop in its fleet running costs after deploying electric Renaults a year ago.

The Cornwall-based environmental tourist attraction took delivery of 18 EVs a year ago – covering a mix of Twizy quadricycle, ZOE supermini and Kangoo Z.E models – and says it’s seeing savings on road tax as well as pence per mile running costs, which are down to 4.4p compared to more than 11p for equivalent diesels. The zero-emission vehicles also offer the benefit of being able to work inside Eden’s Biomes, which diesel or petrol vehicles can’t enter due to pollution concerns. 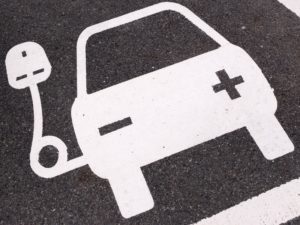 The EDRF funding will be used by Scottish councils to deploy low carbon transport hubs, including increased EV charging points.

Five project to develop active travel or low carbon transport hubs, including the installation of a new hydrogen refuelling station, have scored £3.25m in funding from the European Regional Development Fund (ERDF).

Announced by Scotland’s Transport Minister Humza Yousaf, the projects include the development of the Broxden Low Carbon Transport Hub, Perth, featuring the introduction of a hydrogen refuelling station and the expansion of existing electric vehicle charge points. The hub will also introduce an ultra-rapid (150kW) electric vehicle charge point and upgrade the electricity sub-station for ultra-rapid charging.

Meanwhile Falkirk Council is to introduce a public-facing active travel hub in Falkirk town centre and a low carbon vehicle hub at Falkirk Community Stadium that will provide 20 electric vehicle charging bays and a 168-bay solar array to harness energy for charging at the low carbon hub.