The arrival of the ‘Big Data’ era poses plenty of advantages for fleets, but with plenty of challenges too, as delegates at ACFO’s Spring Seminar discovered. Alex Grant reports. 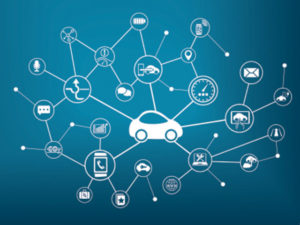 Big data offers unprecedented access to real-time information, with the potential to reduce vehicle downtime, improve safety and enable early detection of faults and wear for those making the most of it. Ken Needham, director of fleet and logistics at Foxtons estate agents, told delegates that this live monitoring of the health of his 1,200-strong fleet means his drivers can focus on their jobs. But, he added, it’s increasingly requiring manufacturer-developed apps with a multitude of log-ins now that diagnostic ports are locked down for security.

ACFO chairman, John Pryor, argued that fleet managers have never been more vital, but said they need guidance: “Fleet managers want clarity on what the issues are; they want to understand how suppliers will access and use ‘big data’; and, critically, they want to know what the law is in respect of managing and using ‘big data’ sourced directly from ‘intelligent’ vehicles.”

It could change the tax system

Underpinned by a three-fold rise in annual connected car registrations globally between 2014 and 2018, Audi UK service and technical manager, Nick Mitchell, said smartphone-esque ‘on-demand’ services in vehicles are likely to grow in popularity. Over-the-air updates could add features, even boost performance, for short periods, and potentially enabling drivers to up-spec during a vehicle’s life cycle. “That would have a massive impact on HM Revenue and Customs’ revenue,” Pryor said. “Legislation and the tax system as we know it will have to change and that will have to be dealt with.”

It could cut costs

“We have a long way to go, but we must change from a rear-view mirror perspective to using data to predict the future and move from a leasing company that provides management information to a data company that leases vehicles,” he said.

Julian Combeau of insurance company AIG is also optimistic about the potential of big data. Premiums are calculated using licence checks, in the near future it could be based on more detailed, more recent information. This could recognise current behaviour, not previous incidents, and judge risk based on the time and conditions in which the vehicle is operating.

“With more data we can be more focused on individual drivers rather than the fleet portfolio,” he told delegates. “Traditional claims data analytics highlights lagging trends and targeted action can be taken to reduce risk. Ultimately, the introduction of connected cars will result in safer roads.”

It needs to be protected

A new potential challenge for businesses, the General Data Protection Regulation (GDPR) comes into force next May, with consultations underway with the automotive industry. It tasks businesses to be transparent and accountable with the data they collect on employees, with fines of €20m or 4% of turnover (whichever is greater) for non-compliance.

Alex Ktorides, a partner at law firm Gordon Dadds, warned delegates that they could unintentionally be collecting masses of data, telling them to communicate their aims and have a plan in place to protect it. Anonymising this where possible can solve some of those issues, he said. “There is huge value in gathering data, but that must be balanced against people having a right to privacy,” he explained. “Employers must put people’s rights at the forefront and show good governance and gain consent.”

Previous: Use it up, wear it out? Not so fast…
Next: Today in Fleet – Monday 3 July