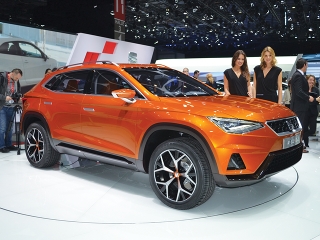 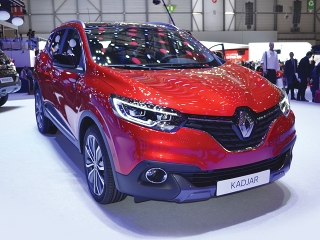 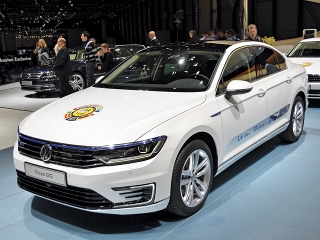 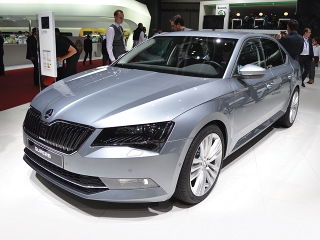 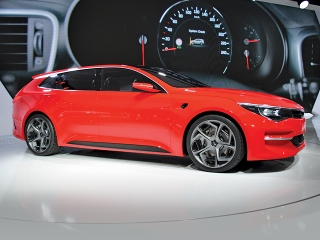 SEAT product explosion is on a long fuse

By the looks of SEAT’s 20V20 SUV concept, the firm’s design direction is for much sharper, more dynamic and sporty-looking cars. But the Audi Q5-sized vehicle won’t be here for another five years, which these days is an age. Between then and now, there’s a Qashqai rival next year, and a Juke competitor the year after that.

There’s no doubt SEAT needs these cars desperately, as they fit in with the brand’s much-trumpeted sporty lifestyle aspirations, but it seems that they have been a long time coming, and a little more patience is going to be needed.

Kadjar should achieve what Koleos couldn’t

The short-lived Koleos may have made Renault a forgotten contender in the mid-sized crossover segment, but its return with the Kadjar is looking promising. Sharing parts with the Nissan Qashqai can’t hurt, particularly the headline 74.3mpg and 99g/km CO2 emissions, and it wears its scaled-up Captur styling well too. This could be an important tool for Renault to hang onto user-choosers which the capable, but ageing, Megane can’t quite manage. The R-Link 2 infotainment system even features mileage and economy tracking, driver training and data gathering functions aimed specifically at fleet users.

The Skoda Superb: just what it says on the tin

There were rumours that when the first Superb was being developed, the Volkswagen Group board chose one of the more dowdy design options, fearing the car might step on the toes of the Volkswagen Passat otherwise.

Well, such is the strength of Skoda now (and the Volkswagen Passat for that matter), that the new Superb is a stunning vehicle. There’s the usual concert-hall levels of space inside, high quality throughout and suggestions are that GreenLine trims might have CO2 as low as 96g/km. The double boot arrangement has been dropped in favour of a standard hatchback while prices will start at just over £18,000. Superb, indeed.

Ford is clearly defining three separate ‘families’ of cars outside its core Fiesta, Focus and Transit line-up, according to UK chairman and MD Mark Ovenden. These include a trio of SUVs topped by the forthcoming Edge, Vignale versions of the Mondeo and S-Max to target premium-brand customers, and an increased focus on the RS and ST models – there are high hopes for the diesel Focus ST in the UK fleet sector. This will enable Ford to continue catering for its core customers, while broadening its customer base even as far as rivalling Ferrari with the new GT supercar.

New C-Class Hybrid will be expensive

Mercedes-Benz is going down the plug-in hybrid route big time: it will launch 10 by 2017. Following the excellent S-Class version, this year the C-Class gets a socket and batteries for sub-50g/km models. But it will not be cheap, coming in only high-end trim levels, because the cost of the system pushes the price up.

Elsewhere in the C-Class range, get used to more naming changes. All diesel models lose the confusing BlueTec name and the numbers are now followed with a good old-fashioned ‘d’. Hybrids get an ‘e’, and petrols nothing.

Connectivity is the vital ingredient

Connectivity has become the new battleground for manufacturers, now competing to offer integration with in-car displays, downloadable apps and smartphone-controlled functions. While it’s a new (ish) phenomenon, it’s already progressed beyond handsets. This year, manufacturers will begin launching apps for the new smartwatches, enabling remote control and checking of vehicle functions from drivers’ wrists. Hyundai has suggested its Blue Link app, which launches in Europe later this year, could eventually monitor the driver’s heartrate and advise when to take a break.

JLR has the right cars for growth

There’s a genuine confidence at Jaguar Land Rover about the next five years. Sales of the two brands were up 13% and 6% respectively last year, and UK managing director, Jeremy Hicks, says they’re only limited by supply. New product will certainly help – the sub-100g/km XE is expected to double Jaguar’s sales, and the forthcoming F-Pace crossover already has provisional orders. Land Rover will have a 119g/km Discovery Sport and 109g/km Evoque, with a Convertible option, in the near future, all of which will bolster its fleet appeal. “We’re only now breaking into the sub-130g/km CO2, which is the key door opener for us,” said Hicks.

Even more SUVs and crossovers are coming

Inbetween the unveiling of a myriad of sportscars (the green cars being shoved to the sides this year), there was of course the profusion of new SUVs and crossovers.

Mitsubishi revealed its sharp XR-PHEV, which is basically the new ASX, which will come next year with less than 40g/km, the Mazda CX-3 looks compact and well designed, while Hyundai revealed its new Tucson – a replacement for the ix35.

There is no doubt these types of cars are taking over and becoming the core vehicles in all ranges, from the cheapest to the most expensive brands: Bentley may not build its show-stealing EXP 10 Speed 6 concept because of the priority of selling the Bentayga SUV, while even Aston Martin had a crossover, citing it as vital to its future.

The Passat is named Car of the Year

At Geneva, there’s always discussion about the newly crowned Car of the Year, usually centred around the fact that it’s the wrong choice. You can’t please everybody. But the new Passat won this year and for once the controversy was muted.

Yes, something a little more bold than a family saloon and estate might have been a more interesting winner, but the Passat really is an extremely good car. So much so, the premium brands could really have their work cut out over the next year or two, because the big Volkswagen at least matches them for quality, while being larger and better value.

Partial autonomy is already a mass market technology, through driver assistance systems, and innovations such as Land Rover’s off-road cruise control and Tesla’s indicator-activated overtaking function show the luxury brands are continuing to develop this. But autonomy has the potential to transform interior design – Italdesign’s GEA concept (pictured), a luxury saloon car, has an interior designed around its passengers. Depending on which mode is selected, it can function as an office, offer space to sleep and even turns into a gym.

Volkswagen and Mitsubishi launched commercial vehicles at a car show

It’s not all cars at Geneva: Volkswagen launched its revised Caddy, Citroën revamped the Berlingo and Mitsubishi unveiled the new L200.

A big seller in the SME fleet market, the current L200 will continue on sale for another year, while the all-new version comes in the summer. That shows a lot of confidence in the new car to make a clear step forward, and the firm

reckons it is class-leading in areas such as economy, load and towing capacity, performance and driveability.

The Caddy meanwhile is a substantial upgrade of a van that has sold almost 1.5 million units, while the Berlingo offers usefully utilitarian motoring on a budget.

While it’s a good-looking car, the Optima has never really found the same audience in Europe as it has enjoyed in Asia and North America. The Sportspace concept, a luxurious grand tourer, gives some idea of where the brand is likely to be going with its next one – notably that it’ll be offered in the estate bodystyle the currently saloon-only range has always needed. In a sector where estates can account for half, or more, of sales, it’s an important addition.